Organisers of a rowing weekend are being urged to allow men to represent the event for the first time in more than 170 years.

The annual Whitby Regatta began in 1847 as a weekend of competition but now includes three days of entertainment. 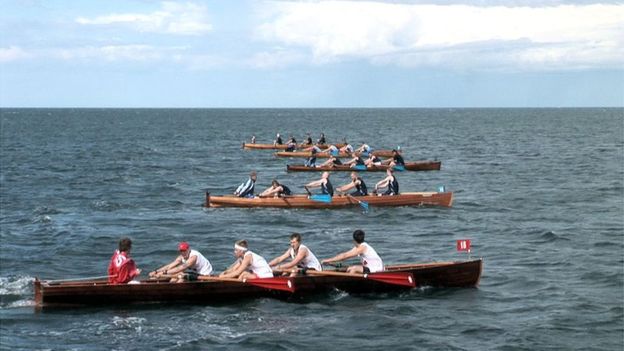 A local woman is selected each year to be Miss Regatta, and performs duties such as meeting dignitaries and starting a Sunday firework display.

George Hutton is now campaigning for the role to include men.

The 22-year-old from the town said: “Equality is becoming more and more important.

“Times are changing and I feel it’s only fair to the men of Whitby if there’s a Mr Regatta.”

“Traditions should be kept as they make the Regatta the amazing annual event that it is, but they should also move with the times and be more inclusive.”

Former Miss Regatta Phoebe Ross said having a positive male role model “could only be a good thing for the young people of Whitby”.

The regatta is on 10 August and this year’s Miss Regatta has already been chosen, but George has a candidate in mind should men be included in 2020.

“I thought about who could enter as the first Mr Regatta, and it was an obvious choice – my friend, Danny Gibbon,” he said.

“Partly because he wants to do it, but also because he represents the working man of Whitby and he isn’t what you would expect from a Miss or Mr Regatta.”

Danny said: “I’ve thought for a while it would be good to have a Mr Regatta and I’d love to be the first one.”

Event organiser Ivor Greer said he “wouldn’t dismiss the idea” of including a Mr Regatta at future events.

“It’s at the back of our minds, but the decision would have to go to the committee,” he said.

“The candidate we get is to represent Whitby itself and to promote the regatta so it could be that we say it doesn’t need to be a specific gender.

“It is something we have discussed lightly but we haven’t looked at how feasible it would be with costs in mind.”